My mum and dad call me

many times a day.

we live in the

but on different floors

I hate to get interrupted.

and I, too, understand them.

it often makes me

erupt in a yell,

but my heart sinks,

bites on my nerves.

One day I’ll miss getting interrupted…

Christiana Sasa has been writing poetry for three years. Her work has been published in the literary magazines Poetry Life and Times, Literary Heist, Rye Whiskey Review etc. and in two E-zines called Dark Poetry Society and RavenCage. Besides poetry, she’s interested in painting, music, short films, and comedy.

Translated from Spanish by Delphine Tomes

my parents used to play

as a forgotten quarter does

on an empty street

it seemed to say:

are you going to grab me or what?

I have been here all day

and I just wanna go back home

was about an hour away

so we used to cross

that there was no money

or the neighbor’s dog.

I felt so sad

I just wanted a new pair of socks,

Sebastián Díaz Barriga was born in Mexico City in 1998. In 2018, he wrote his first book (Un rezo para mi padre) translated into English in 2020. He achieved first place at the XII National Desiderio Macías Silva Poetry Contest in 2019. He lives in the 21th century while dreaming about life. http://fabricandopajaros.blogspot.com is his blog.

On days so dark

I think only of eclipses

my fingers ache from probing

as I try to find a fragment

inside my belly button.

and we could be reconciled.

Hours with only fluff

and other debris to show.

I ease it onto my chest.

In a bowl of salty water

it bobs about, happily.

What is it trying to tell me?

To forget the whole nurturing business,

focus on making your own way

or get what you need from books,

there are plenty of good mothers (and fathers)

lurking within the pages.

Note: Male seahorses give birth; neither parent care for their young.

Belinda has had a varied career: psychiatric nurse, counsellor, lecturer and creative arts practitioner. Her poems have appeared in magazines, for example, Brittle Star, Dream Catcher, ARTEMISpoetry and Obsessed with Pipework. She has poems on-line and in anthologies. She won the Poetry in Motion Competition to turn her poem into a film and read at the Cheltenham Literature Festival. You can find her at belindarimmer.com. 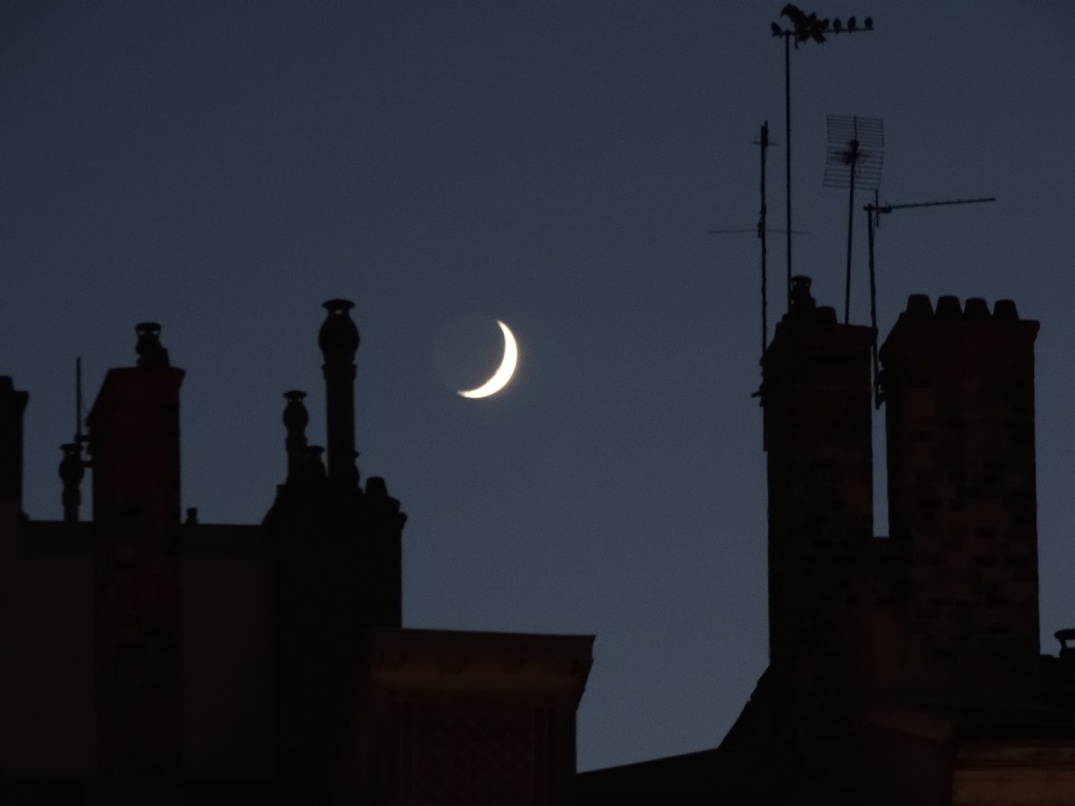 In the middle of the sitcom “Love on A Rooftop,” Lenore, eight, announced she had swallowed a nickel. Her voice was low, her words measured.

Imogene rushed over. “Are you sure?”

Imogene paced the living room, muttered, “How could this happen?” Regarding her younger sister on the sofa still watching Judy Carne, the eleven-year-old again probed, “Are you sure?”

“Why? On the one night Mother and Dad go out!” Suddenly Imogene was speaking with an emergency operator. “I don’t know how it happened!” and “She’s breathing fine.”

She hung up, shut the TV, glared at Lenore. “You better not be making this up!”

“Because if you are…”

The doorbell rang. Two lanky young men in police uniforms were at the door. They probably hadn’t spotted the mold on the mezuzah.

“Is this the household with the coin swallower?”

Blond Policeman sat down by the unsteady kitchen table. Brunet Policeman stood nearby in the living room, examining the family’s antique, glass-doored bookcase. He seemed rooted there. Would he be nesting soon?

Brunet finally walked into the kitchen. He and Blond questioned Lenore about how she’d swallowed a “Buffalo nickel,” which she “collected,” and was “examining in the dark.” She “didn’t want to bother her sister” by turning on a light. When the eight-year-old held the nickel high, it tumbled from her left thumb and forefinger into her open mouth.

Blond: “Any trouble breathing since the incident?”

“No.” Lenore spotted a humongous water bug by the table leg closest to Blond. Would he notice?

“Oh, God… they’re at a PTA meeting, and were planning to eat out. They haven’t been out in years, and…”

Brunet: “Well, we need a family member over eighteen to tell us whether she’ll stay here or go to the hospital…”

Lenore gulped. She hadn’t been to a hospital since her tonsillectomy. They hadn’t given her ice cream afterwards like they promised. Just watery Jello. She wouldn’t go! She tried to stomp on the water bug as it neared. It sped away.

Imogene decided their parents should be called and brought home.

Dad grumbled that this was the first time in three years they’d gone out, and now they were back. Early. Mother wore makeup. The sisters knew not to look her in the eyes, hers with mascara, theirs not.

Blond told Mother and Dad that Lenore could get her stomach pumped in a hospital, or the collectible coin would come out the next couple of days if she ate fibrous food and drank lots of water.

Brunet admired out loud the glass-doored bookcase. Was it for sale? Dad and Mother shook their heads, no.

Two days later a dusky Buffalo nickel was affixed to orange contact paper, accompanied by Dad’s funny words. This was taped to the door leading to the basement. Anyone who visited could read it. It hung on that door for a year.

Lenore had dreams involving Blond and Brunet till early spring.

Iris N. Schwartz is the author of more than forty works of fiction. Her literary fiction has been published in dozens of journals and anthologies, including 101 Words, The Flash Fiction Press, Gravel, and Jellyfish Review. Her poetry and creative nonfiction have been published widely, as well. Ms. Schwartz’s first short-short story collection, My Secret Life with Chris Noth: And Other Stories, is scheduled to be published by Poets Wear Prada in Autumn 2017.