Mrs. Reardon walks down the pavement

which is more broken now than when

she pushed four different children in their prams,

two of whom will be at the funeral today,

of the man she married

because the man she loved married her friend.

Her friend died last year and the man she loved

will also be at the funeral of the man she married.

The man she loved realized too late, too late

that he cared less for the woman he married

than for Patsie Reardon, née Walsh, of days long gone.

Mrs. Reardon and the man she still loved

passed on this street with their children in prams,

then walking with further sons and daughters, some taller than either of them.

Her heart and stomach were afraid and light and excited.

Or will the formal reserve they had cultivated like a shell

be now so hard they can no longer break through it?

Were they still the two who had once loved each other? 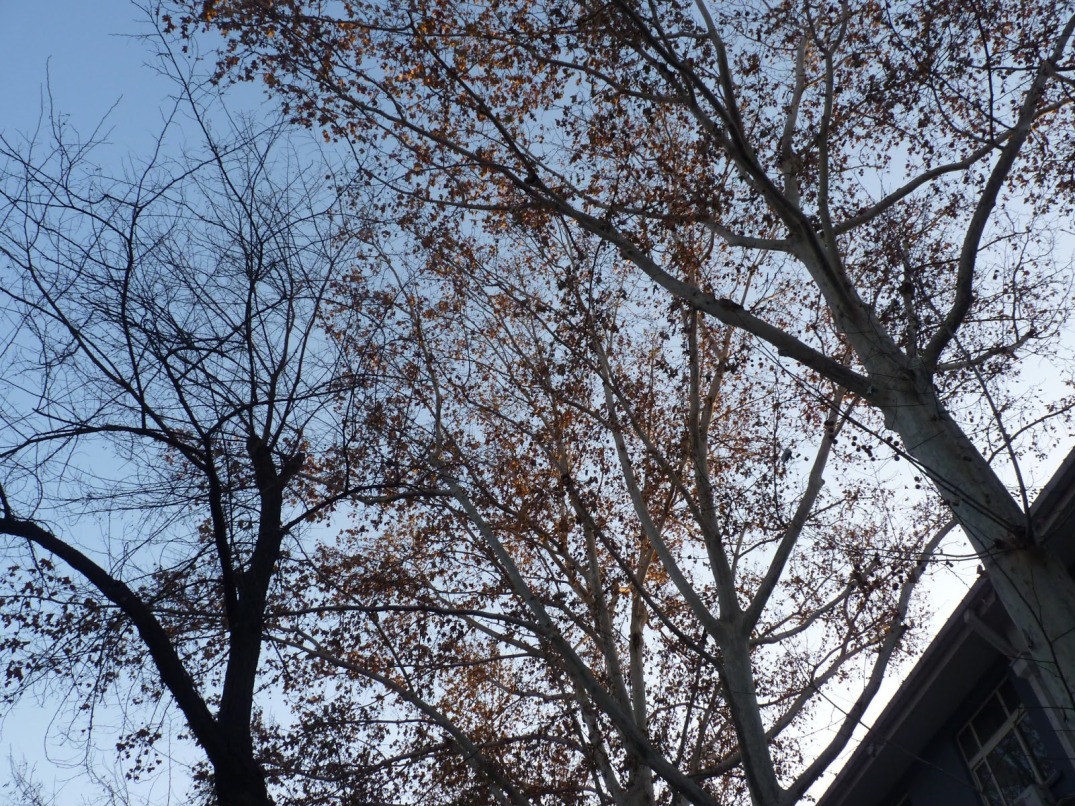 one powering to take its turn at point

as others find their places in the slipstream.

Then as they rise towards the line of trees

one flailing body tumbles to the ground;

a cry and splatter twenty feet away.

It flaps a damaged wing and starts to run

south in the direction of its fellows,

neck straining toward them, stopping at the wall.

The wounded goose and I both stand helpless

at this sudden fathomless tragedy.

Well to the south, the rest climb onward,

their distant honking to each other fades

as the line dissolves in the evening sky.

perhaps wondering about her future.

To ease her anxieties I had suggested

we bring and talk about photographs of ourselves,

at ages five, and ten, fifteen, and twenty.

The woman she had become started to reminisce

about her family, her school,

and what the girl in the photograph most cared about.

It was just a few minutes’ distraction, to ease her fears,

neither of us anticipated the flood of sobbing tears.