I woke with an old sense

of entering a clearing

as a boat breasts a strait of reeds

from one lake to another

with no notion of the vastness

in front, behind; a settler

either side of a century,

a scattering of atoms, a constellation;

after its million collisions.

Ted Mc Carthy is a poet and translator living in Clones, Ireland. His work has appeared in magazines in Ireland, the UK, Germany, the USA, Canada and Australia. He has had two collections published, ‘November Wedding’, and ‘Beverly Downs’. His work can be found on www.tedmccarthyspoetry.weebly.com. 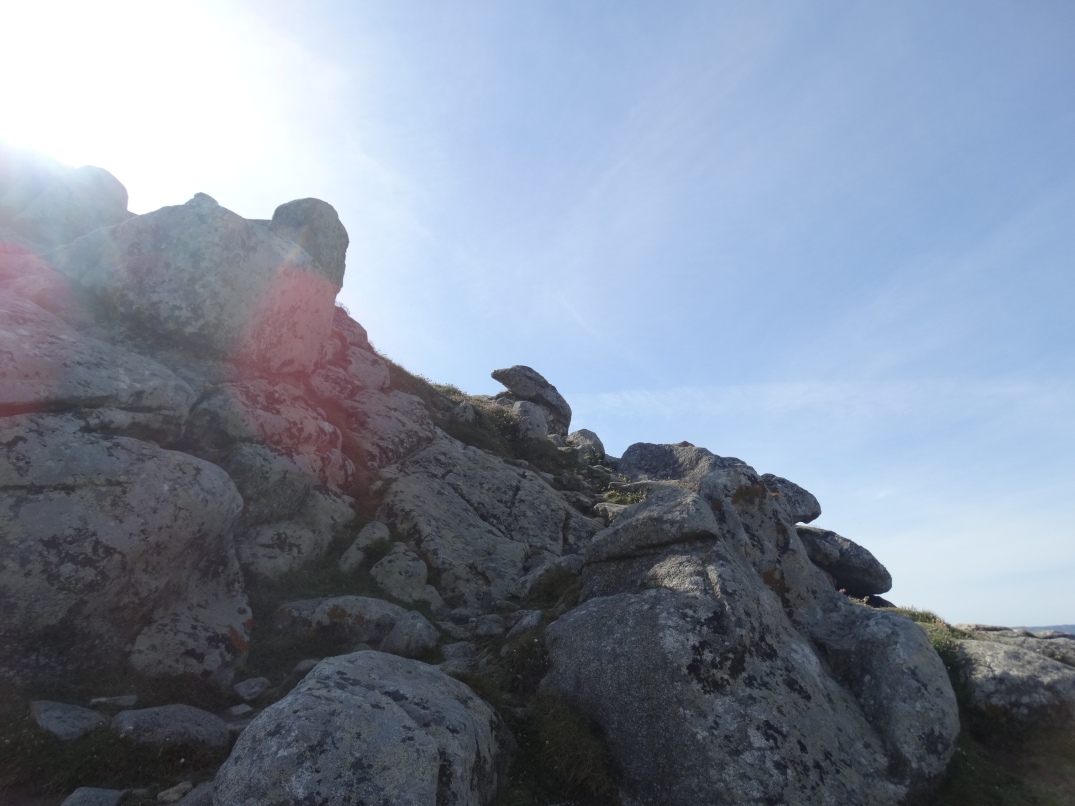 Above the cliffs a swarm

the cinched waist of the island

a nimbus of puffins and auks

almost silent except for beating wings –

a typhoon rooted in one place

a lighthouse beam of dark motes

a spell to herald darkness

praise for another day of incubation

this ritual of summer evenings

and my small white face

watching from the bobbing boat.

Rebecca Gethin lives in Devon. She was a winner in the first Coast to Coast to Coast pamphlet competition with Messages. A pamphlet about endangered creatures called Vanishings is due to  be published by Palewell Press in 2020. Two pamphlets were published in 2017: A Sprig of Rowan by Three Drops Press and All the Time in the World by Cinnamon Press who previously published a collection and two novels. She has been a Hawthornden Fellow and undertook a residency at Brisons Veor in 2018. Find more at www.rebeccagethin.wordpress.com.

I swim around your boat for days before

I catch your eye. On deck, the sun so bright

it blocks your face just long enough to lure

my head around these blinding rays and right

into your pirate heart. My tail begins

to flip against the waves, and I cannot

pretend I don’t belong to you. The end

for me is not a hook or net. You caught

me with a look. My trembling hands descend,

before my captain now. Your hook overcomes

exposes half a girl. My piscine end

on board transformed, subdued. The sun

so warm against us while we rock and float.

New legs you touch first, always on this boat.

Kristin Garth is a poet from Pensacola. Her poetry has been featured in Anti-Heroin Chic, Fourth & Sycamore, Mookychick, Moonchild Magazine, Occulum, Faded Out and many other publications. Follow her on Twitter: @lolaandjolie and her website: kristingarth.wordpress.com. 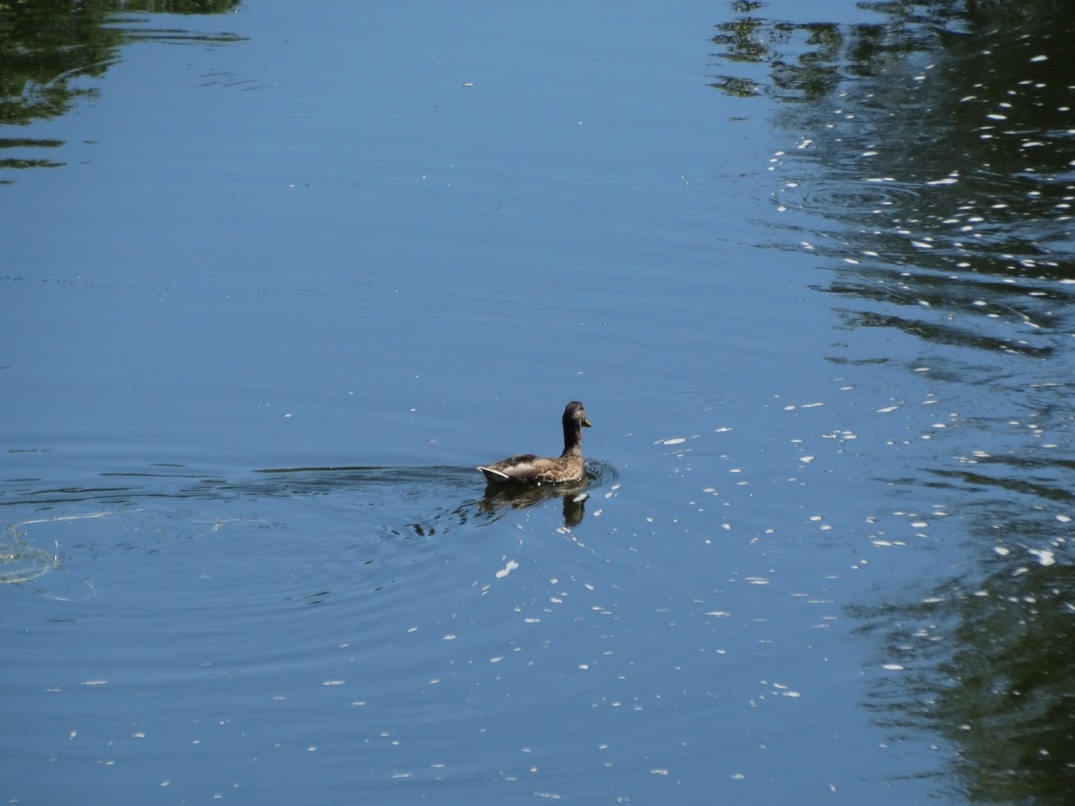 The air is still, the Crick is low and clear;

and like the rain slanting down from storm clouds,

and light the mud bottom and wrinkled kelp shrouds.

We pole the old boat and silently pass

through a broken wall of mud and green rush,

into a salt pond hidden by marsh grass,

Through the muddy bank, the tides barely seep;

and under the pond’s smooth slick, thick with sun,

gray leaf flecks float, then settle, where the years lay

their ruin in a watery carbon heap

in the pond’s bed, as they have always done,

and will ’til all the centuries decay.

Robert Pelgrift practiced law in New York City for many years and is now an editor for a legal publisher, working in New York City.  His poems have been published in various anthologies and in The Lyric, The Rotary Dial, The Galway Review, The Foxglove Journal and The Waggle. 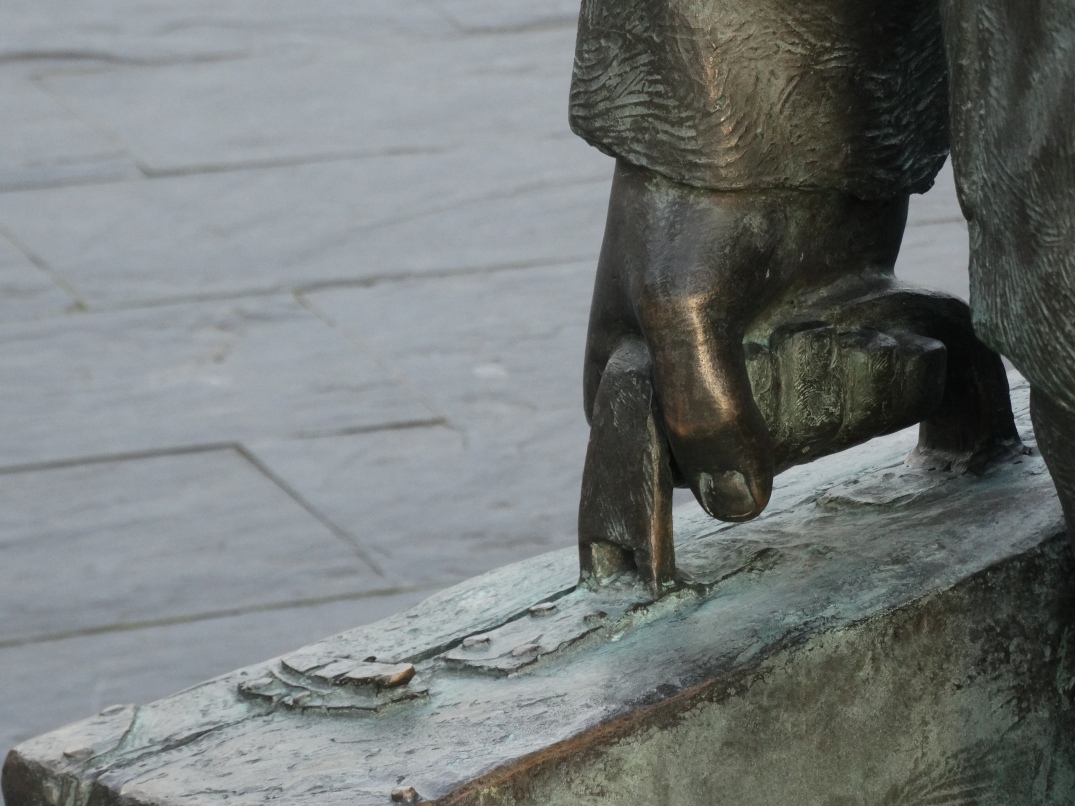 It had still been dark when we were called. It wasn’t a pajama run; I was dressed, but still slept a few miles in the car. There were no cousins for me to play with this time. We lived closest, most available for urgency, first on the scene.

I couldn’t wait on the big porch, too much winter for that now. I missed the wooden swing, missed the creaking and mesmerizing motion of the thing. Last summer we rode, four cousins abreast in that swing for hours of false alarm. My oldest cousin told of broken swing chains and loose eye bolts that, in some parallel child universe sent chubby pink tots, not unlike myself, sailing in full pendulant moment, sailing loose in the air before finding the steel spikes of the wrought iron fence well below porch level. A lucky one missed the fence to be only crucified in the mock orange bush. She was saved, as the tale went, by an uncle by marriage, and merely had her eyes gouged out by thorns for her trouble. We cousins loved that swing, relished the idea of it and I longed for the day I could be the oldest cousin and tell the tale, with some improvements that I whetted in idle mental minutes.

Now, it was winter and I waited in stale stifle too near the gas logs in the parlor. When there was a full complement of cousins the parlor was off limits, too many fragile memories to be exposed to the rough usage of youth. One was an acceptable number though. I sat on my hands deliberately avoiding the sensuous feel of Dresden figurines and the other flotsam of irreplaceable family history.

There was, almost lost in the repeating wallpaper pattern of pink roses, a painting – a woodcut really. Japanese, I suppose today, assuming that then future role of older cousin. Blue ink and black, with a touch of red in the eye of a rampant, distant sea risen dragon, an icon of the storm in the foreground. The real hero of the drawing was the wave about to crash down on a frail boat. There could be no possible reprieve from that wave. It was a wave of inevitability. I watched the wave until I could hear a phantom wind, smell spectral salt and rotting squid. I watched the wave until…

“Your Grandmother has passed on.” The words woke me.

Of course I understood death. That’s why we were here, wasn’t it?

Ray lives in Alabama with his long suffering wife of 40 years. That is to say she is older than 40, but didn’t suffer for the first 20.  Ray writes for the pleasure of the writing, and the joy of inflicting it upon others.